Mail address are not synchronizing in SharePoint 2013


I have SharePoint 2013 configured in an environment that does not have a mail server on premise. I could not generate emails from SharePoint.

This was caused due to the User Profile Service Application was trying to sync the Work Email with the AD attribute ‘ProxyAddresses’.

The attribute ‘proxyAddresses’ is normally filled with information given by for example Exchange. The attribute is not set because we don’t have these kind of servers.

Start a full sync after changing this setting and the mail addresses will be filled in for users.

Cheers!
Posted by Adnan Jalees at 1:28 PM No comments:


Yesterday I came across with one issue after we did upgrade of Dynamics CRM 2011 to Dynamics CRM 2013 Service Pack 1.  Email routines stopped working as Data Encryption feature was not active. 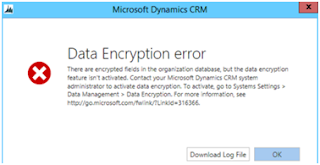 As we had on premise implementation and didn’t have SSL. To avoid SSL check in Dynamics CRM we executed the below steps. 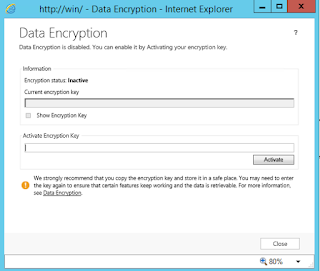 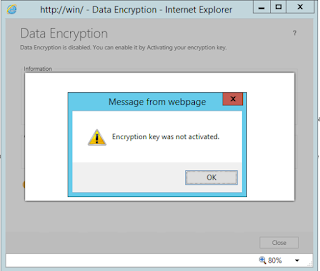 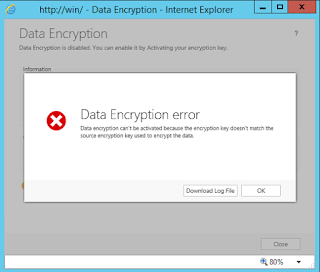 We found CRM users & Queues password were saved in Dynamics CRM 2011 and Dynamics CRM has requirement to activate Data Encryption to save such details.

Once it was done we executed following SQL scripts in CRM Organization database.

We were able generate Data Encryption key after performing all of the above steps. 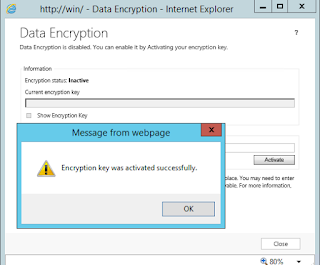 Hopefully it shall be helpful for others as well. Cheers!